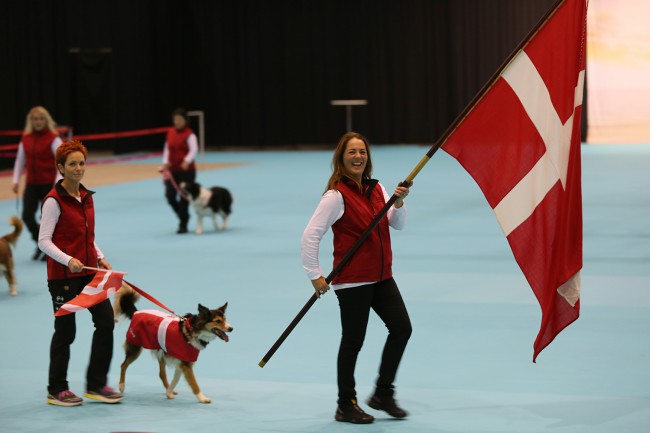 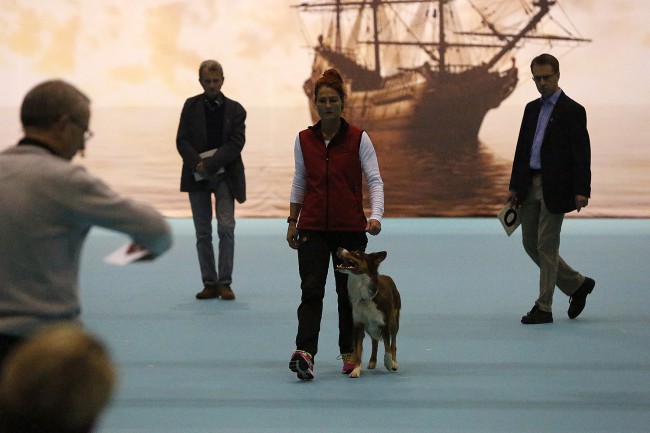 31/10-1/11 2015 Nordic Championship in FCI Obedience took place in Herning, Denmark. I’m so proud to tell that a son of Theo, Christina Hueberts Cocio, aka Geo (Theo/Layka)had qualified to join the Danish national Obedience team to join the Nordic Championship in Obedience, and did in my eyes a fantastic program. And I’m not saying that because Geo is a son of Theo. I have followed Christina and Geo since Geo was a puppy, and from this spring 2015 when they joined the international obedience class just turning 3 years old, and to now, I have seen a development which is a joy for my eyes.
Geo and Christina did a splendid program, but unluckily Geo grabbed the correct scent stick, let it go, and searched the others to be sure, and again grabbed the correct stick to run back to Christina. Such a pity, as that gives zero points in this class. The rest of their program were beautiful done!  I’m so proud!
Congratulation to the Danish team which got a second place, and especially a huge congratulation to Miriam Søndergaard and Casey which won. Respect!

This entry was posted in Theo's OFFSPRING. Bookmark the permalink.